RAY HAMMOND’S GLIMPSES OF THE FUTURE 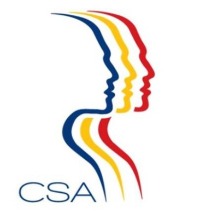 Ray Hammond is Europe’s most experienced and most widely published Futurologist.

A paralyzed man has successfully used an implant in his brain and his thoughts to move his arm, marking an advance in a decades long effort to restore movement to people with spinal-cord injuries.

Ian Burkhart, 24, became a quadriplegic five years ago after a diving accident. Messages from his brain to move his limbs can’t get to other parts of the body due to damage to his spinal cord.

Researchers from Ohio State University and Battelle Memorial Institute implanted a tiny device in Mr. Burkhart’s motor cortex, the part of the brain that controls movement. The device acts as a “neural bypass,” picking up the brain signals and sending them to a computer that decodes them.

A Better Way To Visit Ikea?

Many men I know regard a visit to Ikea as a punishment.  But now the Swedish furniture chain has launched its first virtual reality experiment, enabling owners of the HTC  Vive headset to explore a virtual kitchen and to visualise its cabinet and counter offerings via the headset.

“Virtual reality is developing quickly and in five to ten years it will be an integrated part of people’s lives,” said Jesper Brodin, managing director at IKEA. “We believe virtual reality will play a major role in the future of our customers.”

Within the Ikea virtual reality experience, you’ll find yourself standing alone in a kitchen. Somewhere, off in the distance, a child is talking (presumably in Swedish), but it’s mainly background noise. Over by the window, you’ll hear birds and what sounds like an ocean. Since you’re unsupervised, you do what any visitor in a stranger’s home would do: you poke around.

Why The Grey Consumer Is Being Ignored

Those over 60 constitute the fastest-growing group in the populations of rich countries, with their number set to increase by more than a third by 2030. The over-60s currently spend some $4 trillion a year and that number will only grow.

Yet companies have been relatively slow to focus on this expanding market. One reason for this tardiness is that young people dominate marketing departments and think that the best place for the old is out of sight and mind. A recent study found 68% of British 65-74-year-olds “don’t relate” to advertising that they see on television.

But the biggest reason is that oldies are such slippery customers. The definition of what it means to be “old” is complicated and dynamic. Sixty-five-year-olds are not the same as 85-year-olds. Age affects people in different ways: some fade early while others march on.

Yet Another Breakthrough In Battery Technology

Breakthroughs in battery technology are coming so regularly now that the energy storage problem may soon be solved.

The latest idea comes from Enovix Corp. which is taking an unusual approach to address user frustrations that batteries of mobile devices run out of power too quickly.

Where others have focused on boosting energy storage capacity by changing battery chemistry, the Silicon Valley start-up is betting on a shift in manufacturing technology that borrows techniques from makers of computer chips and solar cells. Enovix expects to produce batteries for wearable devices and other mobile applications with at least double the capacity of existing products.

Are VR Chatrooms A New Type Of Social Media?

If you love using social media  you should try AltSpace, a virtual reality social world. It was launched in 2013 by AltSpaceVR, a small start-up based in Redwood City, California.

Although it’s early days for virtual reality as a consumer phenomenon, there’s been a lot of interest in the idea of virtual chatrooms – AltSpace VR has already attracted more than $15m (£10.6m) in venture capital funding, and Mark Zuckerberg has talked about multi-user VR as the future of social media.

There are alternatives to AltSpace, such as vTime and VRChat but this one is getting a lot of interest due to its multi-platform compatibility and array of features.