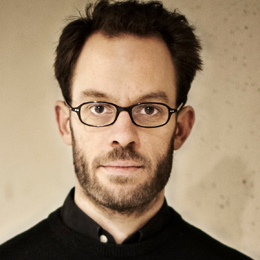 Aactivist and IT security expert Daniel Domscheit-Berg helped build the WikiLeaks platform from late 2007 to September 2010 and acted as its spokesperson under the pseudonym Daniel Schmitt. He quit WikiLeaks over disputes about its strategic orientation, lack of transparency and management style.

Before WikiLeaks, Daniel Domscheit-Berg worked for various fortune 500 companies, mainly building enterprise-scale wireless and wired networks for the automotive and transport industries. A network security expert by trade, he is an advocate for transparency and freedom of speech by heart, deeply caring for equal access to knowledge and information in a globalised world. In 2011, Domscheit-Berg was named by Foreign Policy magazine in its FP Top 100 Global Thinkers. He is involved with various internet projects related to privacy and anonymity and furthering the decentralisation of the Internet’s infrastructure. In 2017 he founded the “Verstehbahnhof”, an open workshop and makerspace for the up and coming in Brandenburg’s countryside.

Daniel Domscheit-Berg is a wide-eyed and soft-spoken speaker, in great demand at worldwide events.