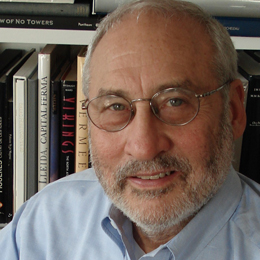 Joseph E. Stiglitz is an American economist and a professor at Columbia University. He is also the co-chair of the High-Level Expert Group on the Measurement of Economic Performance and Social Progress at the OECD, and the Chief Economist of the Roosevelt Institute.  A recipient of the Nobel Memorial Prize in Economic Sciences (2001) and the John Bates Clark Medal (1979), he is a former senior vice president and chief economist of the World Bank and a former member and chairman of the (US president’s) Council of Economic Advisers.

In 2000, Stiglitz founded the Initiative for Policy Dialogue, a think tank on international development based at Columbia University. He has been a member of the Columbia faculty since 2001 and received that university’s highest academic rank (university professor) in 2003. In 2011 Stiglitz was named by Time magazine as one of the 100 most influential people in the world.

Known for his pioneering work on asymmetric information, Stiglitz’s work focuses on income distribution, risk, corporate governance, public policy, macroeconomics and globalization. He is the author of numerous books, and several bestsellers. His most recent titles are People, Power, and Profits, Rewriting the Rules of the European Economy, Globalization and Its Discontents Revisited, The Euro and Rewriting the Rules of the American Economy.

With humour he delivers the most informative of messages that convey the global economic context with ease. 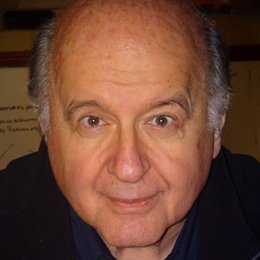 Hernando de Soto is currently President of the Institute for Liberty and Democracy (ILD), based in Lima, Peru. The ILD Read more 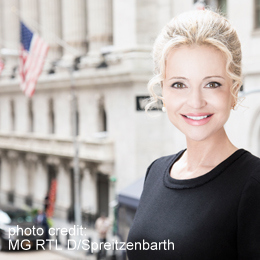 Sandra Navidi is the Founder and CEO of BeyondGlobal, where she provides macroeconomic and strategic positioning advice. Previously, she worked Read more