SPIEGEL correspondent in the Silicon Valley 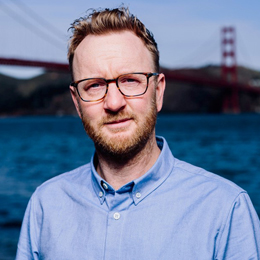 SPIEGEL correspondent in the Silicon Valley

Thomas Schulz knows the Silicon Valley better than hardly anyone else. As SPIEGEL correspondent, he was based in San Francisco and has been reporting from the center of the digital revolution, providing deep analysis of culture, function and strategies of the technology industry since 2012. Thanks to exclusive access to global companies such as Google, Apple, Facebook and Co, Thomas got unique insights in how the usually secretive organizations are thinking and working, how the digital transformation affects different industries and what the implications of this development are meaning for business, labor market and society.

Schulz has been writing for the SPIEGEL since 2001. Since 2008, he has been reporting as a correspondent from the US, initially with the focus on Wall Street based in New York, from where he accompanied the financial crisis. At the end of 2012 he took over the construction of the Silicon Valley office of Nachrichtenmagazin. He studied political science in Frankfurt as well as communication science in Miami as a Fulbright scholarship holder. He later became Visiting Scholar at Harvard University with a focus on globalization. He was awarded the Henri Nannen Prize, the Georg von Holtzbrinck Prize for Economic Studies, and the Reporter of the Year (medium magazine).

In his bestseller “Was Google wirklich will”, Schulz provides a one-of-a-kind view of the world’s most powerful corporation. He shows what Google is working on, how the group is organized, which strategies are persuaded by the management and what kind of political and ethical ideas influence the decision-making process. The Group’s leadership firmly believes in the ability to change the world through technology to a better one.

Schulz is certainly in the eye of the storm: By now the Silicon Valley is more than the location of a booming industry: it is the epicenter of the digital revolution and all the countless engineers and programmers, founders and group leaders aim for more than being entrepreneurs. Schulz’s knowledge is an urgently needed contribution to a highly emotional, often emotional debate about our data and the digital future.